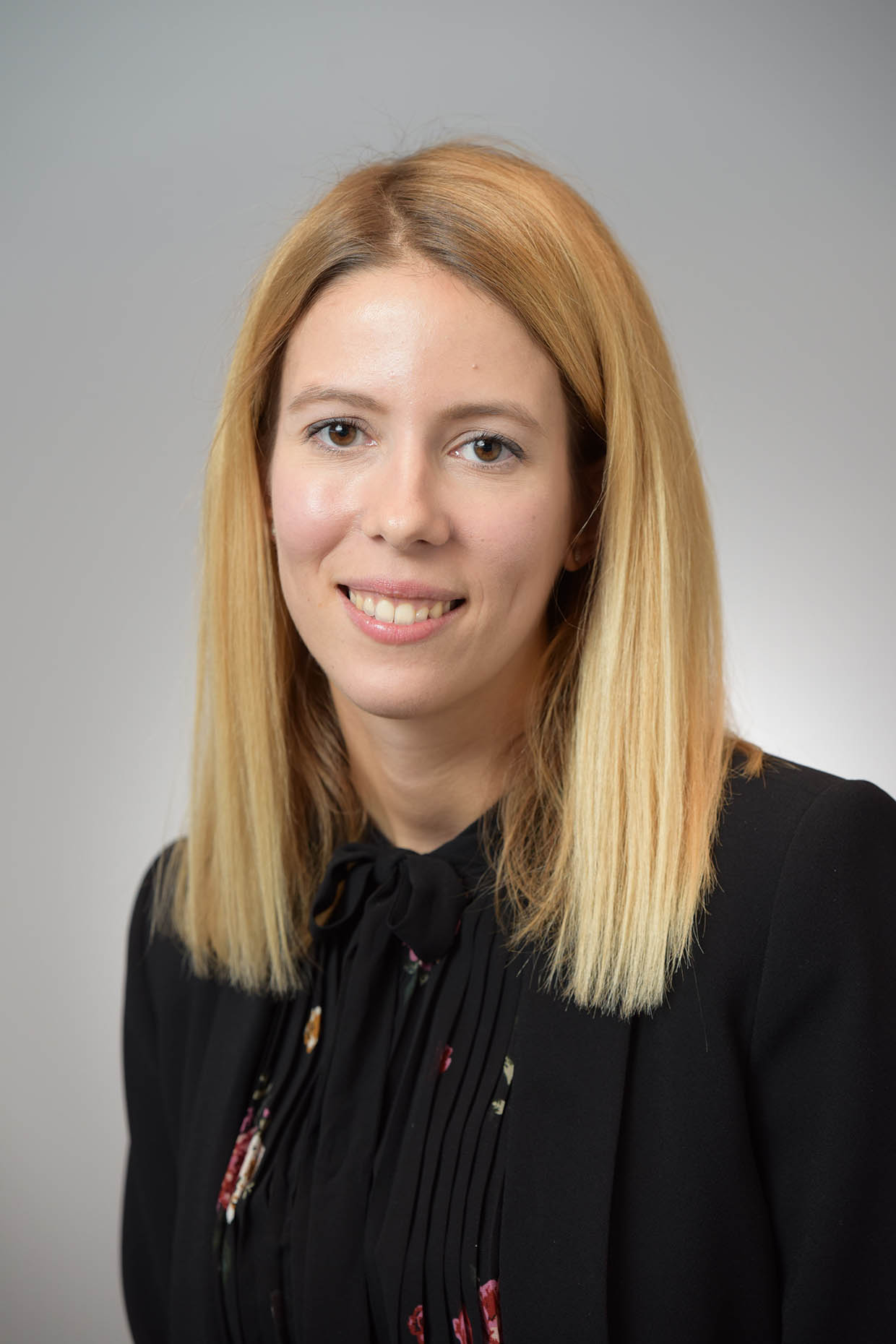 Vasiliki Koidou is Board Certified in Periodontology and Dental Implant Surgery. She graduated from the Dental School of Aristotle University of Thessaloniki, Greece, in 2012, ranking 6th. Following her DDS, and after working for two years in Thessaloniki as a general dentist, she completed a three-year training program in Periodontology and Dental Implant Surgery at the University of Minnesota (USA), where she obtained a Certificate in Periodontology. In addition, she obtained a Master of Science (MSc) from the University of Minnesota and during her training she received prestigious awards from the International Association for Dental Research (IADR). In 2017 she relocated to the United Kingdom as she was awarded a fellowship by the International Team for Implantology (ITI) and completed further training focused exclusively on Implantology at the Queen Mary University of London (QMUL). In 2018 and while working privately in London as a specialist periodontist and as a lecturer for continuing education courses of the Eastman University College of London (UCL), she commenced a Doctor of Philosophy (PhD) degree at Queen Mary University of London. Furthermore, in 2018 she received the prestigious title of Diplomate of the American Board of Periodontology and Dental Implant Surgery, consisting of the highest recognition awarded in Periodontology in the USA. Dr Koidou is also the recipient of the 2018 “Fotis Mitsis Award” by the Greek Periodontal Society for her exceptional contribution in Periodontology. In 2021 and while completing the degree of Doctor of Philosophy, she returned to Greece and co-founded with her husband Dr Georgios Chatzopoulos the private practice Thess Perio, located downtown in Thessaloniki. Dr Koidou has authored multiple scientific articles, registered with PubMed and frequently gives lectures to dentists and periodontists nationally and internationally. Her research interests focus on the molecular mechanisms of healing around implants and teeth, as well as the application of minimally invasive surgical techniques. Since 2022, Dr Koidou is an Honorary Clinical Research Associate at Queen Mary University of London. Dr Koidou practices exclusively periodontology and implantology.

This website uses cookies to improve your experience while you navigate through the website. Out of these, the cookies that are categorized as necessary are stored on your browser as they are essential for the working of basic functionalities of the website. We also use third-party cookies that help us analyze and understand how you use this website. These cookies will be stored in your browser only with your consent. You also have the option to opt-out of these cookies. But opting out of some of these cookies may affect your browsing experience.
SAVE & ACCEPT